The original City County Library in Ladysmith was on W. Second Street, and began service in November 1906. It began serving the public with 484 books and a small number of magazines, most of which were donations from community members.

Soon after, a $10,000 Carnegie grant was received and in August of 1907 construction began. The librarian who first worked in the new Carnegie library was Isabel Conklin. The circulation in 1907 was 160 items.

Many directors followed, enlarging the library and improving the scope of services. In 1979, the library joined the Indianhead Federated Library System, and in 2008 became a part of the MORE group which shares the catalog and materials of close to 50 libraries.

A variety of programs are offered, with a strong focus on children’s services, including a lap-sit program, a preschool story time, school visits, and a summer reading program.

Rusk County Community Library is a part of the MORE system (My Online REsource) which allows patrons to check out materials from all member libraries. Holds can be placed online at any of the MORE libraries. 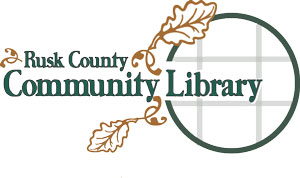